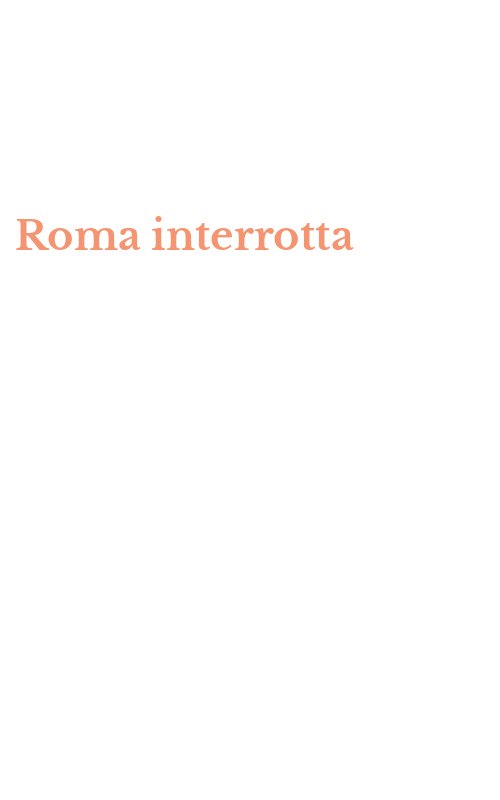 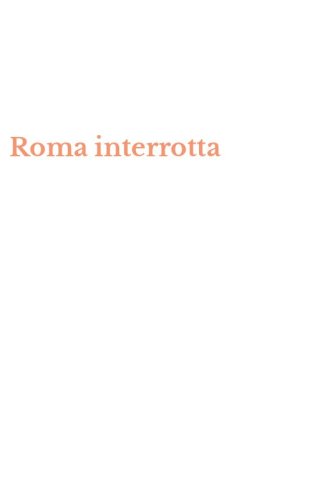 Twelve Interventions on the Nolli's Plan of Rome

In his 'Nuova Pianta di Roma' dated 1748, Giovanni Battista Nolli presented for the first time the Eternal City as a complete organism: divided into twelve tables, the plan reproduces all mechanisms of Rome, showing the external and internal 'spaces' created by removing the solid mass of built-up areas.

Almost two hundred fifty years later, in 1978, the project Roma interrotta was concieved by Piero Sartogo and realized and promoted by Incontri Internazionali d'Arte to show how every town planning impulse in Rome was blocked, the 'Pianta' by G.B. Nolli being proof of an interruption that was both culturally and plitically motivated. Twelve leading international architects were invited to reflect on the possibility of something grand and lasting that would give an effective modernity and topicality to the Eternal City; a proposal to cancel centuries of inertia and property speculation and restart from the Nolli's plan as the 'last document of coherent urban deisgn'.

The historical value of this project, which went on to be featured in prestigious world venes, was restated in 2008 by Aaron Betsky, director of the 11th International Architecture Exhibition, who exhibited Roma interrotta at the Artiglierie dell'Arsenale in Venice.

In 2013 the original works produced for Roma interrotta, representing an outstanding testament to twentieth-century architectural culture, joined the collections of MAXXI Architettura and are now offered to the public and academics.

Exhibition at the Trajan's Markets, Rome

The comment was posted correctly!
Before publishing, every content must be approved from our editorial staff.
Roma interrotta