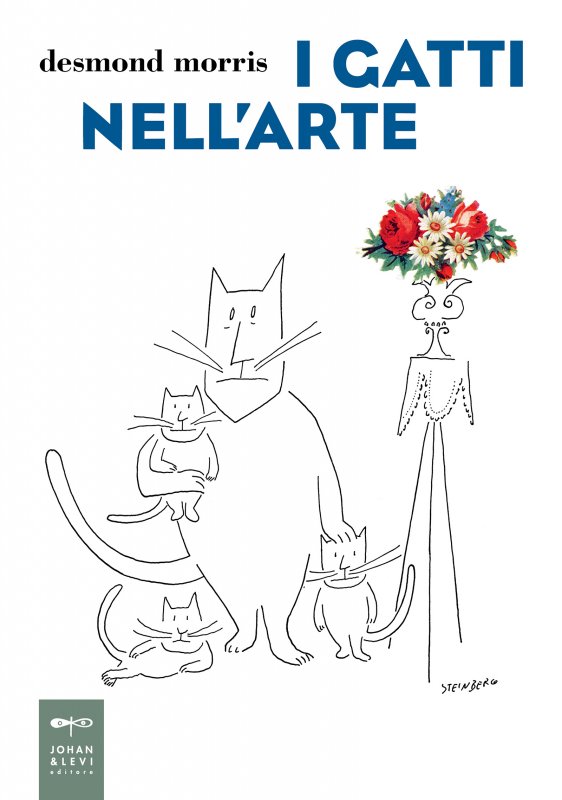 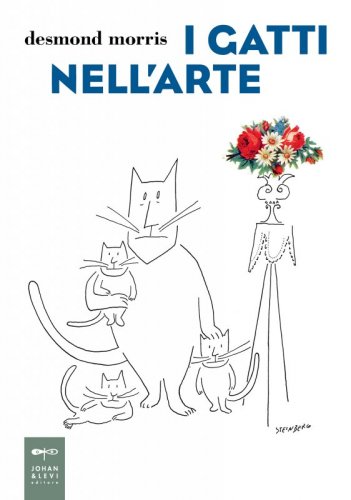 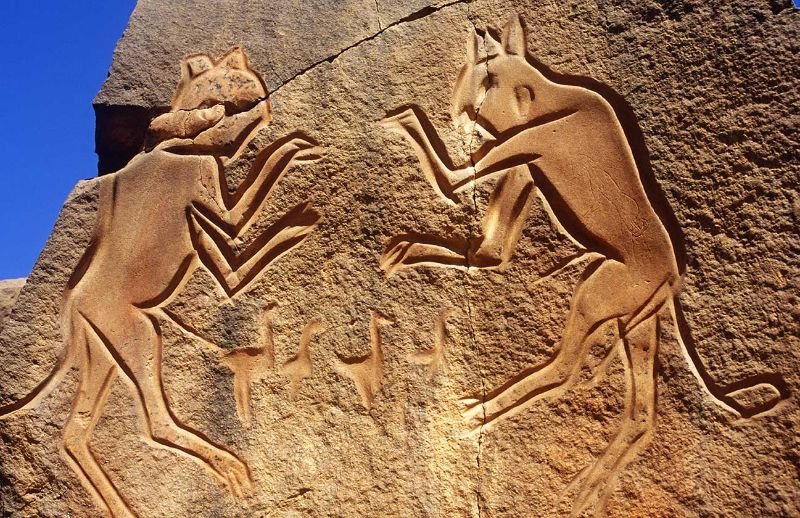 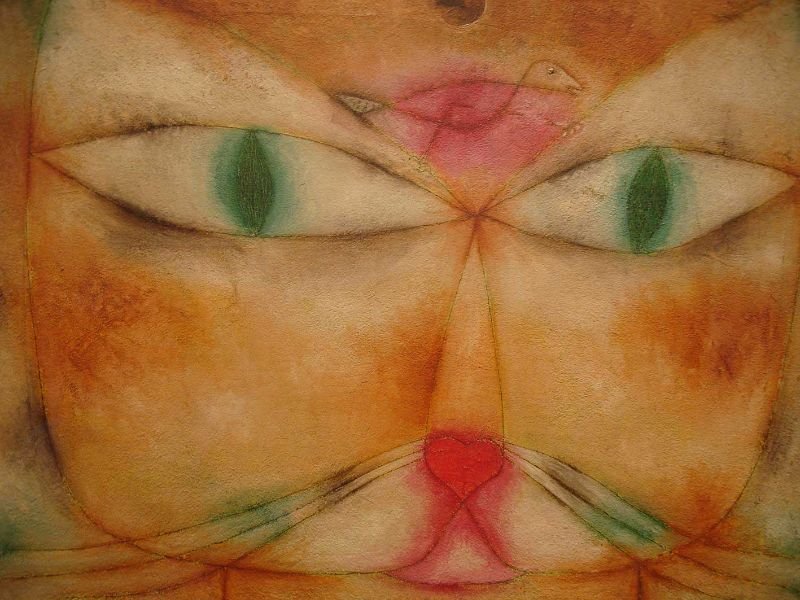 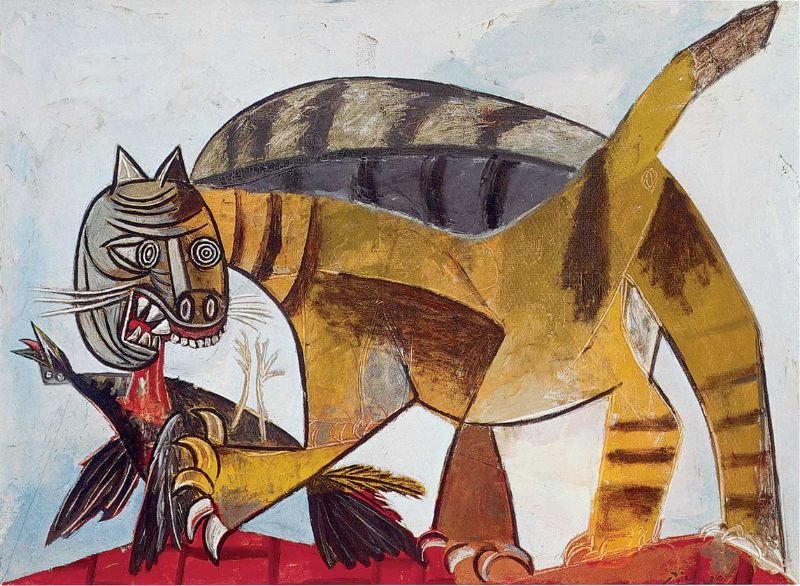 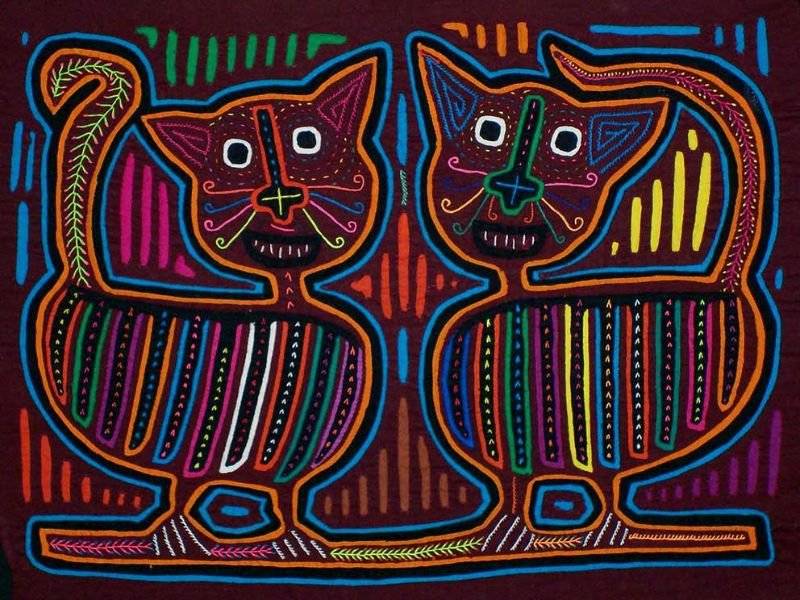 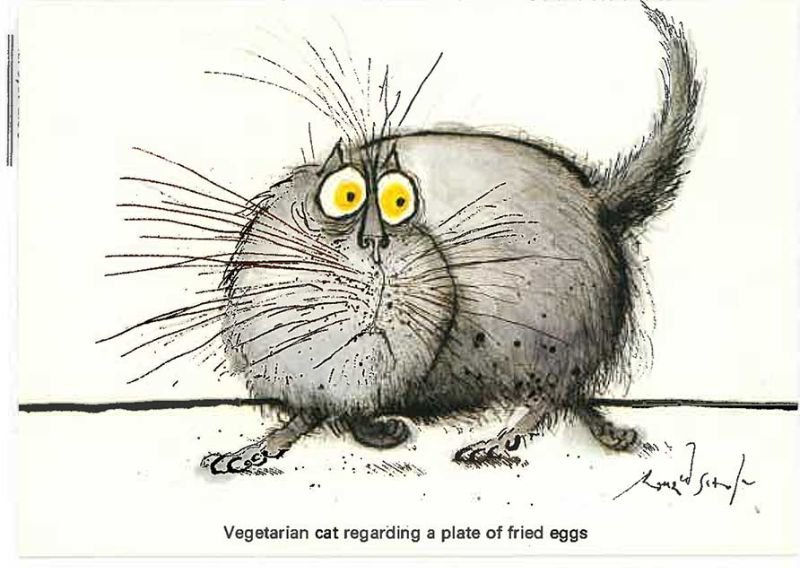 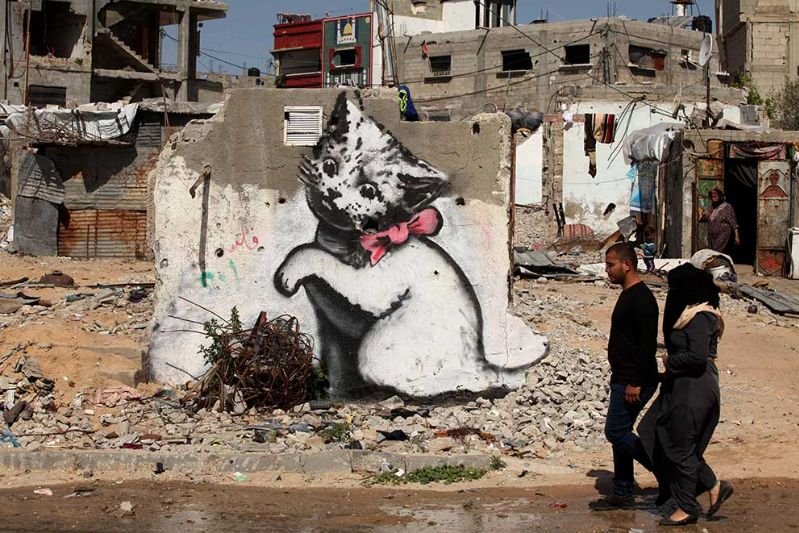 The cat – that most elegant, stubborn and artful of creatures – has been a subject favoured by artists of every culture and period since time immemorial. The spectacular stone carving created in Libya 7,000 years ago is possibly the earliest depiction of a cat fight, marking the beginning of a long uninterrupted visual tradition. A profusion of images that is not always matched by unequivocal sentiments for the cat which, while being among the most blessed of domestic animals, has often been a victim of hate and persecution over the centuries.

From sacred animal in ancient Egypt to deterrent for rodents in the Babylonian civilization, an ally of man against the fatal bite of the viper, valued for its hunting prowess and immortalized as a good hunting companion, the cat gradually relinquished such practical activities to become the lazy friend of man, who opened the doors of his home to it. The cohabitation did not, however, last long and the relationship went through further ups and downs. At the end of the Middle Ages the prevalent image was as maleficent companion of the devil, a view that coincides with the sinister role allocated to it in paintings. It rarely, if ever, appears as protagonist in the work of the great masters but rather as a mere accessory, curled up at the feet of a female figure. It would have to wait for the arrival of Victorian sentimentalism before it could make a come-back, when this radical change in status saw it portrayed in intimate family scenes. This was the best time to be a cat, a golden age both for the affectionate relationship with its human companion and for the central role it played in works of art, where it is finally master of the scene.

The greatest zoologist of our time, aware of every feline nuance, writes about history of art through the lens of cat-loving artists. For Pablo Picasso it was a symbol of ruthless violence, depicted as a fierce predator; for Balthus it was the supreme emblem of female sexuality; it was a very popular subject among cartoonists and caricaturists and used by Banksy as a vehicle for political protest.  The cat is an inexhaustible source for visual exploration and flights of fancy.

The comment was posted correctly!
Before publishing, every content must be approved from our editorial staff.
I gatti nell'arte