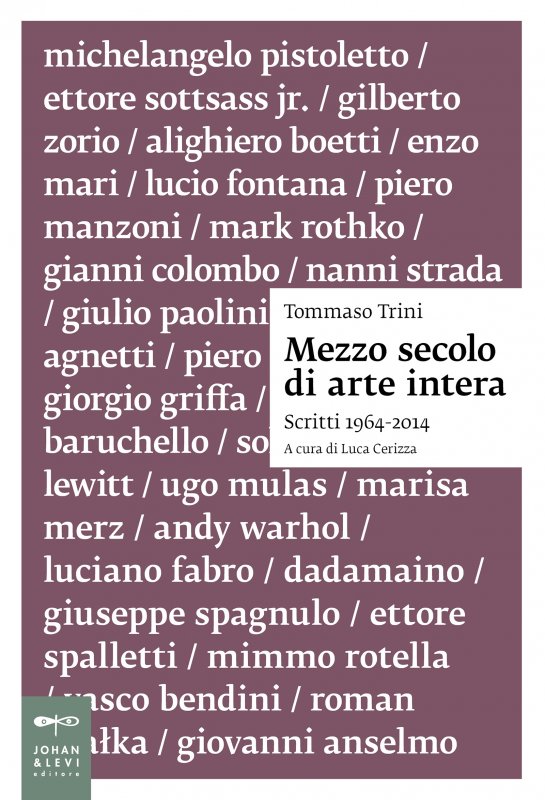 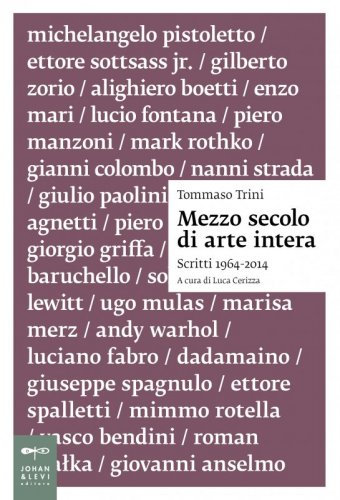 If we know what we know about the extraordinary art revolution of the second half of the sixties, about Arte Povera, Conceptural Art, Process Art and Land Art; if we now see in Boetti, Pistoletto and Zorio some of the most important exponents of their generation; if we know what Lucio Fontana’s last comments were or we have read about recently discovered figures such as the ones by Agnetti, Baruchello, Dadamaino, Mulas and Griffa, it is also thanks to the news reports, the reviews, the essays, and the publishing and teaching work of Tommaso Trini (Sanremo, 1937).

This anthology fills a gap that has long needed to be filled and contributes to drawing up a more accurate map of the panorama of Italian art criticism, leaving aside tired polarized ways of thinking.  Through painstaking research and discussion carried out by Luca Cerizza in conversation with the author, the book brings together for the first time a selection of Trini’s art criticism: from pioneering texts dedicated to the future protagonists of Arte Povera, to the series of in-depth descriptions of other key figures in the post-war years, as well as newspaper reports and analyses – some of the earliest international ones – that define in real time the characteristics of the post-minimalist art movements that shook up the second half of the sixties. Trini is revealed here to be a keen-eyed witness and a perceptive interpreter of much of the best art in this half-century. This book gives art lovers (but also the general reader) sparkling well-paced criticism written with intelligence, where the “militant” stance never strays into sectarian or ideological positions.

The comment was posted correctly!
Before publishing, every content must be approved from our editorial staff.
Mezzo secolo di arte intera