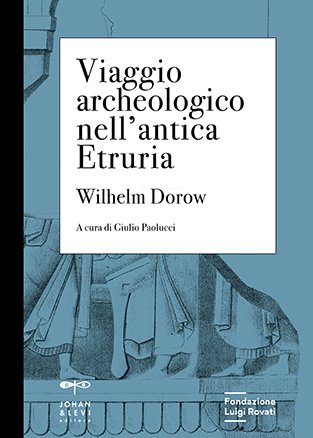 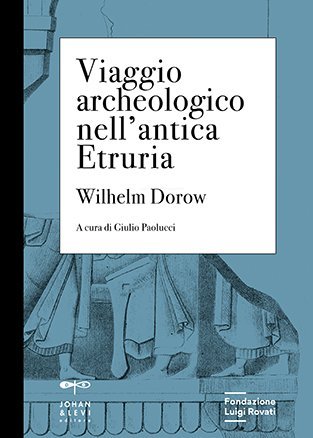 Wilhelm Dorow
The travel dairies of esteemed figures who took the Grand Tour, such as the explorer and Etruscan scholar George Dennis, the watercolour artist Samuel James Ainsley, and Elizabeth Hamilton Gray, a pioneering nineteenth-century female scholar of Etruria, still contribute to the study of Etruscan civilisation and the sites that were its cradle. But before these illustrious individuals came Wilhelm Dorow, a diplomat at the court of Frederick William III of Prussia, an historian, a man of letters and an orientalist, but first and foremost an archaeologist and collector of antiquities. In fact, he was one of the first to visit the cities of ancient Etruria with a scholarly focus, documenting the artistic and archaeological treasures of the hinterlands of Siena and Arezzo, between Cortona, Chiusi and Arezzo.
Dorow’s notebook, published almost twenty years in advance of George Dennis’s celebrated The Cities and Cemeteries of Etruria, is a key source for the history of Etruscan studies and the collection of antiquities. This Italian edition, translated from the French version of 1829, comes complete with the sixteen original prints. Dedicated to Bertel Thorvaldsen, with whom Dorow corresponded over the years, and who had words of praise for his collection, the notebook documents a trip that Dorow began from Florence in the summer of 1827.
Accompanied by Squire Francesco Inghirami - author of, among other works, the imposing illustrated volume Monumenti Etruschi - and by the artist Giuseppe Lucherini, whose task it was to portray the ancient artefacts, Dorow’s in-depth knowledge of the Italian context sets his account apart from those of his English contemporaries, thanks to sharp, precise insights that, even today, are of great use to archaeologists. His descriptions of visits to the places where the most important Etruscan artefacts are found, and to the leading private collections of Etruscan antiquities, are rendered all the more thorough by Lucherini’s painstakingly detailed drawings. What emerges is an overview of Etruria in the 19th century, highlighting Dorow’s invaluable contribution to reconstructing the history of the collections and their destinies, and all this in the decisive years when mere curiosity for Etruscan antiquities was evolving into serious scholarship.
ArcheologyArt Market

The comment was posted correctly!
Before publishing, every content must be approved from our editorial staff.
Viaggio archeologico nell'antica Etruria