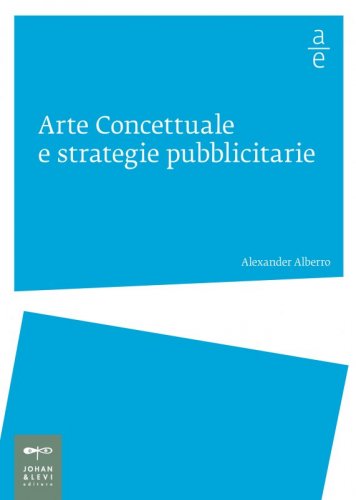 Conceptual Art was one of the most important movements of the second half of the 20th century. Starting from its origins in the 1960s and the principles formulated by Dan Graham, Joseph Kosuth, Sol LeWitt and Lawrence Weiner, Alberro addresses its specifically New York trajectory through the career of Seth Siegelaub, who unquestionably played a key role. An eccentric, multifaceted art dealer, Siegelaub employed wholly unconventional methods of promotion to support artists who seemed to create works out of nothing, sponsored them with shrewd and diplomatic business acumen, and paved the way for the appearance of a new type of actor on the art scene, the freelance curator.

Alberro offers an unprecedented overview of materials and reviews regarding the most important works, embedding Conceptual Art in the social context of rebellion against traditional cultural institutions, commercialization and the dawn of the globalized world. A new perspective emerges, however, from his meticulous reconstruction. In actual fact, this movement had no intention whatsoever of rejecting the market but rather aimed at revolutionizing and conquering it. It was to this end, for example, that Siegelaub founded Image Art Programs for Industry Inc., a firm that used contemporary art to confer added value on companies seeking social visibility, and drew up theArtist’s Reserved Rights Transfer and Sales Agreement, a new type of contract aimed at limiting the overwhelming power of collectors, galleries and museums and increasing the rights of artists. In the end, this instrument involuntarily set the seal on the wedding of art and capitalism.

The comment was posted correctly!
Before publishing, every content must be approved from our editorial staff.
Arte Concettuale e strategie pubblicitarie