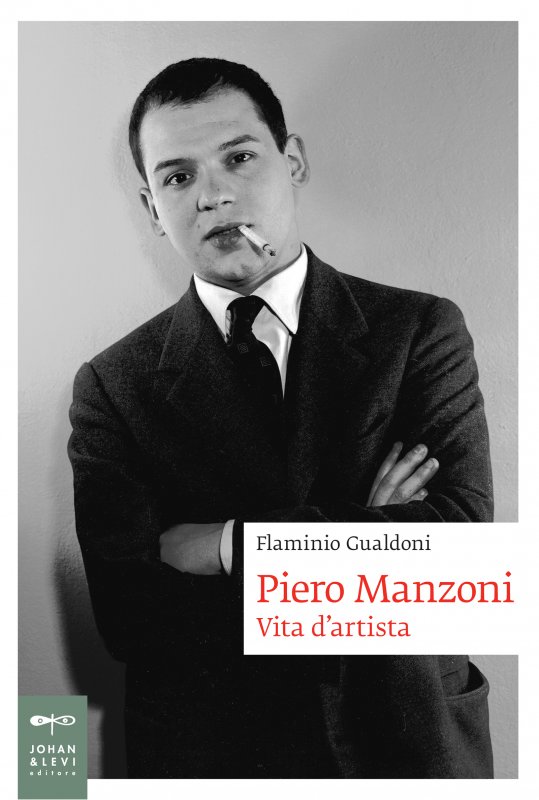 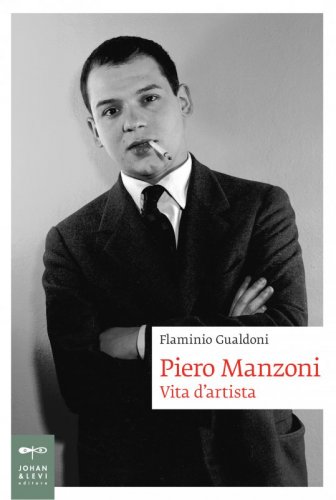 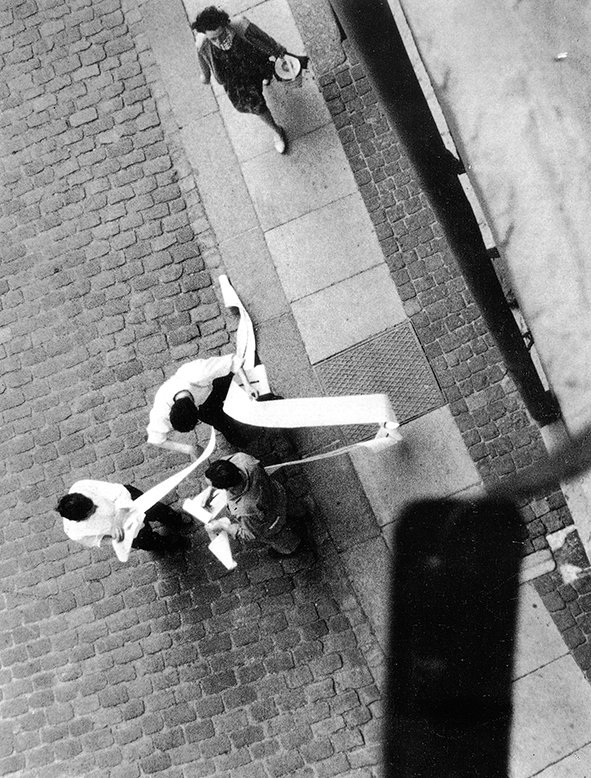 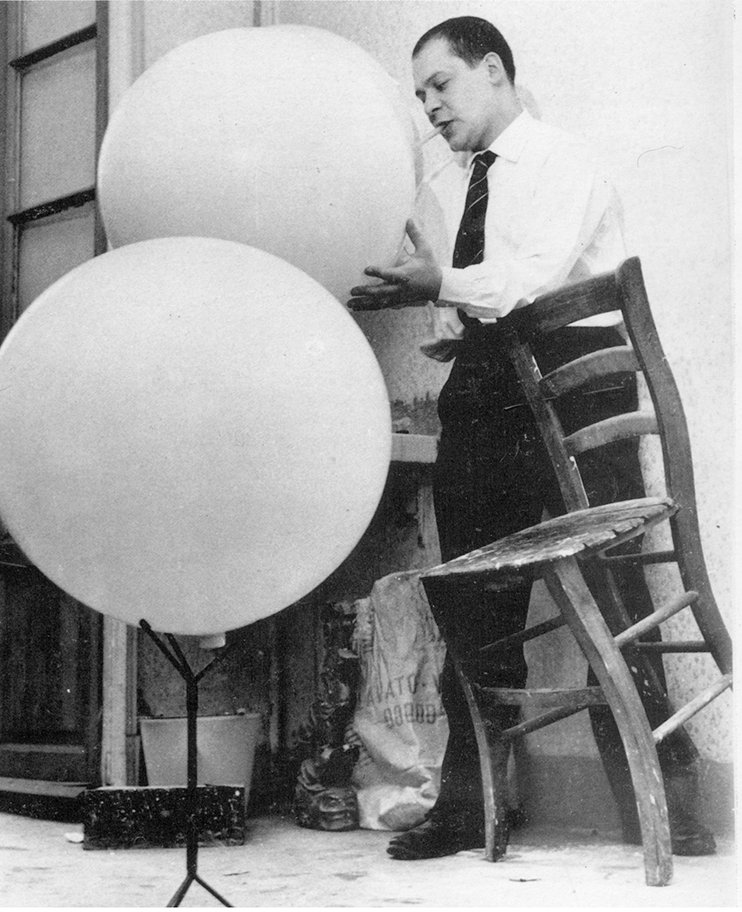 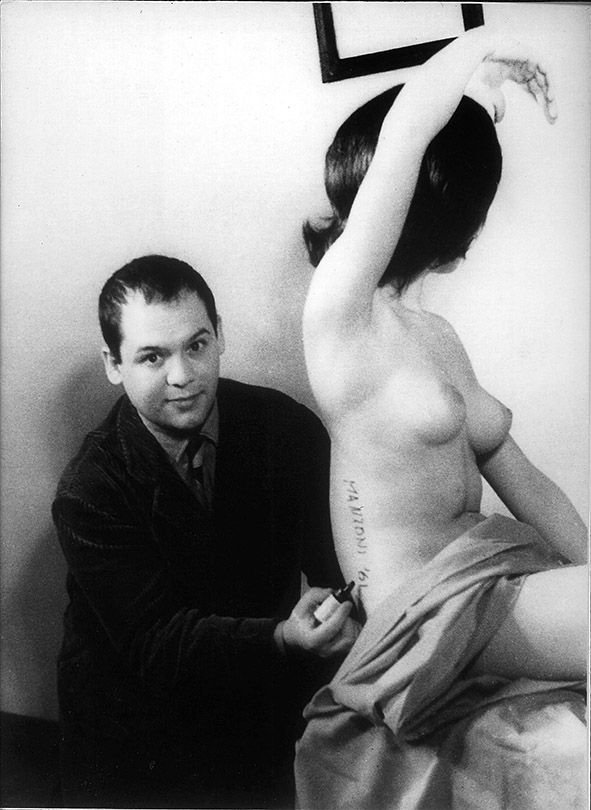 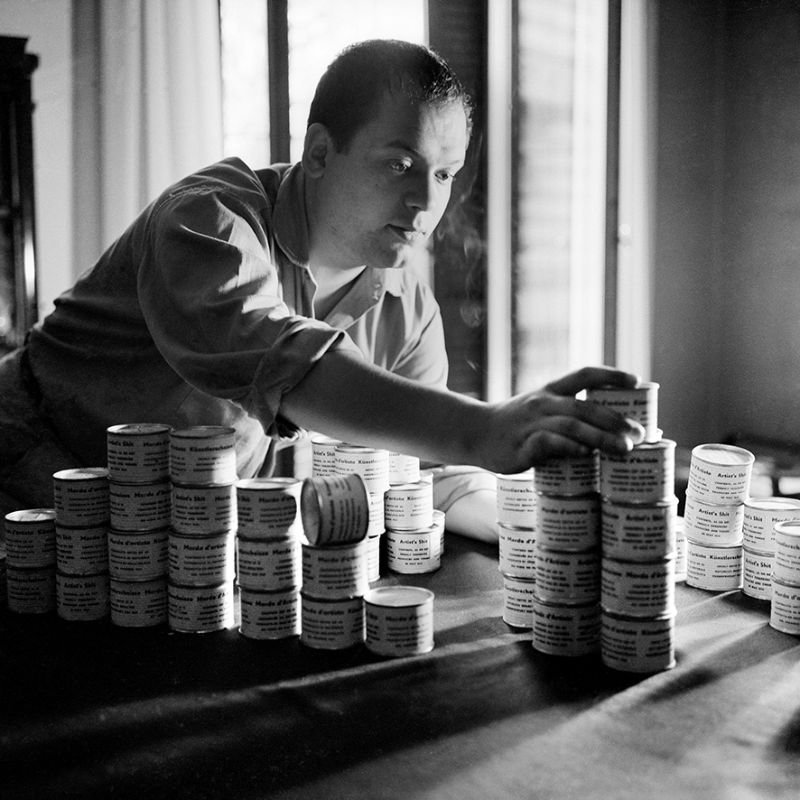 6 February 1963: at the age of just 30 Piero Manzoni was found dead of a heart attack in his studio in via Fiori Chiari. From that moment on his reputation as a provocateur and wild child preceded him, with his most subversive work, Artist’s Shit, elevating him to cult status. But what actually came before and lay behind those 30 grams of pure artistic output? Flaminio Gualdoni sets out to explore exactly that in this biography that traces the guiding themes of Manzoni’s works, lending order to a jumble of hitherto fragmented materials and setting aside any apocryphal hypotheses.

Milan’s “dolce vita” nightlife and the artist’s youthful bike expeditions; the early experiments under Fontana, in the search for a personal style, and the partnerships with young Italian contemporaries and international avant-garde movements which brought acclaim and recognition. This fast-moving career relegates Manzoni the private individual increasingly into the background, turning the spotlight purely on Manzoni the artist. What emerges powerfully, even in his continuous, incessant experimentation with all kinds of media – from painting to designs for immersive environments – is the compact kernel of an aesthetic adventure around the very essence of the work of art. And his life, in the dual sense of everyday existence and exceptional artistic undertaking, was necessarily an integral part of this tenaciously pursued adventure. In the words of the artist: “There is nothing to say; there is only to be, to live.”

The comment was posted correctly!
Before publishing, every content must be approved from our editorial staff.
Piero Manzoni